The Home of Rodger’s plumbing, a family owned and operated business in the Dallas Metroplex and surrounding cities, has been serving your local community since 1970. We are committed to our customers. We know you expect only the highest, top quality workmanship and materials. If you are looking for a reliable plumber in the Dallas area, look no further than Rodgers Plumbing. We provide plumbing repair services for your home or business including: sinks, drains, faucets, disposals, water heaters, slab leak detection and a whole lot more. Whether residential or commercial, simple or complex, Rodgers Plumbing is committed to solving your plumbing issue with honesty, integrity, and quality workmanship.

My wife and I are really happy with the service that Rodger's Plumbing gave us with fixing a water leak at our house. Steve and his helper were prompt, professional and knowledgeable about the work performed and I would refer this company to anyone needing plumbing services!

I called at 8:30 AM on MLK day. Rodgers Plumbing was able to come to my home to fix the problem within 2 hours. I was called about 15 minutes prior to the technician's arrival. The problem was diagnosed and fixed within an hour. Kudos to Rodgers Plumbing for fast and courteous service. I highly recommend this company.

Roger came by personally to go over the details with me and schedule the work. Work was done promptly and professionally. Would hire again.

Cleared drain from roof & side of house. Very consistent with estimating costs (when possible) so it's not a surprise. I have used Rodgers for years & will continue to do so! Everyone I have been in contact with has been friendly, professional & honest.

Jimmy and Randy showed up on time and went straight to work on the mess that we had under our kitchen sink. The work that they did looks amazing. Our previous drain pipes leaked, did not drain properly, and smelled bad. They completely redid the pipes and moved the disposal to the correct side of the sink which freed up a lot of storage space. Will definitely use them again in the future.

Robert came out quickly after we called to schedule service. He was efficient in getting the job done and was detailed in his explanations. He also was able to get our shut off valves at the furnace, water heater and oven up to code. When we had issues with the very picky inspector (who we later found out wasn't even the normal inspector), Rodger's Plumbing was quick to come back out and make adjustments per the city's unusual requests (shut off valve behind the oven above counter height). Overall, everyone we talked to and worked with at Rodger's Plumbing was extremely pleasant and accommodating. They went above and beyond their hired duties to make sure we had excellent customer service. I'll be using them going forward for all plumbing needs!

Old kitchen faucet broke and they did a new faucet install on the same day on short notice. They were running late but called to inform me. Reasonably priced compared to the 3 other plumbers I called and were available same day.

Originally contacted Rodgers for a simple toilet replacement which morphed into a larger bathroom remodel and some additional plumbing work around resetting lines and fixing a flange problem. Enjoyed working with Jimmy and found him sincere, credible and with my best interests in mind.

Prior to doing a major flooring replacement job, we wanted to test our house to see if it had an undetected slab leak. The house is 30 years old and has not had a slab leak in the past to our knowledge. The plumber showed up on time and was very polite. The leak testing involved timing a pressure test on the supply lines and plugging and filling the sewer line and observing its level over time. Both sets of lines passed the test. We were pleased. We had used Rodger's Plumbing in the past to replace 2 water heaters and add automated shut off valves. They did a great job then and we believed they would do so again, and they did. Highly recommended!

We've used them several times. The latest is when we thought we had a bad leak which was actually a minor problem with the float in our toilet. Really courteous and polite and I would highly recommend them to anyone. We've used them to flush out the clean out drain in the backyard as well. They do excellent work.

Wonderful and knowledgeable service at a good price!

Rodger's Plumbing was responsive, quick, affordable, and their customer service was outstanding today repairing our outside hose bid faucet that broke during the 18 degree temps early this morning. They came recommended to us by a friend, and we will definitely be recommending them to others!

Rodgers has saved the day! This is the second or third time I’ve called on them and they always come through. Their customer service is fantastic, they always show up on time and Robert fixed an issue in our home today that another plumbing company (brought in by our homeowners warranty) could not. So glad I called in for that second opinion! This probably saved us thousands of dollars! Grateful for your experience and service. Will use you again and refer you!!

Plumbing Services that go beyond your expectations 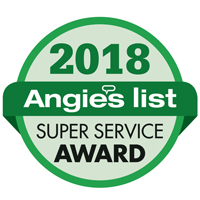 Family Owned & Operated in Dallas since 1970!

We fix all plumbing problems that occur

Most pricing can be quoted by phone upon request

Over 45 years of plumbing experience in Dallas Texas

We're proud to partner with the best in the industry